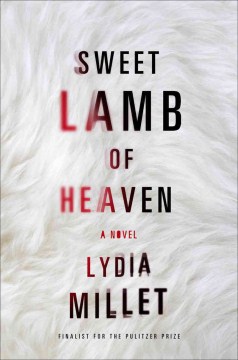 Lydia Millet's chilling new novel is the first-person account of a young mother, Anna, escaping her cold and unfaithful husband, a businessman who's just launched his first campaign for political office. When Ned chases Anna and their six-year-old daughter from Alaska to Maine, the two go into hiding in a run-down motel on the coast. But the longer they stay, the less the guests in the dingy motel look like typical tourists-- and the less Ned resembles a typical candidate. As his pursuit of Anna and their child moves from threatening to criminal, Ned begins to alter his wife's world in ways she never could have imagined. A double-edged and satisfying story with a strong female protagonist, a thrilling plot, and a creeping sense of the apocalyptic, Sweet Lamb of Heaven builds to a shattering ending with profound implications for its characters-- and for all of us.
Publisher: New York : W. W. Norton & Company, [2016]
Edition: First edition
Copyright Date: ©2016
ISBN: 9780393285543
0393285545

Nothing says “must read” quite like a Librarian’s stamp of approval! Every month Librarians across the country vote for their favorite newly published books and LibraryReads.org (link to www.libraryreads.org) releases the top 10 picks for the month. Subscribe to Tacoma Library’s e-Newsletter  (link to Newsletter page) service and get the Library Reads picks and more delivered  straight to y… (more)

I can't say I loved this book BUT I loved parts of it.
It's an engaging suspense/horror story. It's also an accurate domestic abuse polemic. But it is also a religious/philosophical exploration.
I was entertained but also intellectually stimulated.
Kind of depressing at the end. But overall a great book.

Interesting. Has some of the elements of a domestic thriller with some big ideas thrown in.

I may have missed a couple things due to listening to this one, but I really enjoyed it. The suspense has a calm and dry, yet constant feel that I found appealing in this thriller mystery about a woman, her mind and the man who infiltrates it.

I truly do not know how to describe this one. All the reviews and descriptions would play this one as a psychological, domestic thriller with a tinge of horror- so going into this one with those words in the back of my mind I had those placed. Now I wish I didn’t because I wouldn’t put those words in as the main points, seeing as it is technically thriller but there is so much more to it than the thrill. I would use words such as mystery, magical-realism (or potentially metaphysical? Is that a thing?), and some hints of thriller.

At the open of the story, we meet Anna who has learned she is pregnant with a child that her husband, Ned, makes very clear that he does not want. Accepting this as a result of a pitiful and ultimately bad marriage, Anna still persists and eventually has the child- daughter Lena.
Years later and we find Anna and Lena holed up in a hotel in Maine- far away from their hometown in Anchorage, Alaska where Ned is still residing. During Lena’s first few years Ned would simply ignore her existence, Anna’s as well, and just lived with them- abandoning his role as father and husband. Seeing as he neither cared for them, there was no issue with Anna and Lena picking up and leaving him.

One day, Ned comes out of the blue to blackmail Anna into having her and Lena come back to AK to join him on his new campaign trail- where they can help play the poster family part.
A parallel side story is that Anna has been hearing voices since the birth of her daughter and they have only just stopped since Lena started to speak on her own. Throughout the book are little excerpts and blurbs of dictionaries, Wikipedia searches, etc., of what could potentially explain the Voice- demonic possession, psychosis, reincarnation, and it goes on.

The writing overall was really well-written, but I felt at times the story was told in a very rambling, breathless matter where it was like the she was just trying to word vomit everything onto the page. I sometimes understood the random quotes that were imbedded, but at times I felt they were like blunt ends in an unfinished scene. The biggest thing I am disappointed in was how this book is shipped as a horror novel when I wouldn't put it in that category. Sure, there were moments of like "oh dang that's creepy" but I would never put this book on the same shelf as Stephen King, Joe Hill, Josh Malerman, Ania Ahlborn, and the like.

Hell I am not really sure what the hell even happened. What is very evident and clear from the beginning is this over-bearing, foreboding entity of fear that something bad will eventually come. I believe what kept me intrigued by this story was that factor- and to say the least I feel entirely underwhelmed. I really need help dissecting this one because I can just feel the metaphors and true meaning beneath the words and in-between the pages but I just cannot grasp it! Maybe one day I will re-read it, knowing now that this book requires much more thought then the average read.

Disturbing novel with much promise but ultimately unsatisfying about a whiney wife and mother who kidnaps her daughter from her husband that she ultimately murders. Oh, and spoiler alert, she hears voices.

I think I could use help figuring this one out. It certainly was an interesting read and had unexpected twists. I read this as a sequel to another book by this author, Mermaids....I really enjoy her style; will look forward to reading more of her work.

Has there ever been a novel so full of creepy people? Even the likeable main character, Anna, has a creepy side. She used to hear a Voice. On the run from her horrible husband, Anna finds herself at an old motel whose other residents have also heard the Voice. The book is part regular thriller, part a meditation on god and communication. Not sure who the book is promoting as god but there's no doubt who the devil is. Very good book that has now motivated me to read the author's back list.

Millet's story collection, Love in Infant Monkeys, was a finalist for the Pulitzer Prize. This book, Sweet Lamb of Heaven, is the first work of hers that I have read, but it will by no means be the last. Both a gripping thriller and a poem to consciousness, Sweet Lamb is that kind of literary fiction that is so satisfying, yet so hard to find: that which is almost impossible to put down once started. My highest recommendation!

It took me a while to immerse myself in this book. And then, just a few chapters from the end, it turned into a metaphysical contemplation on the nature of god. It felt like magic realism, crossed with intrigue, with the feeling of a George Saunders story. Oddly compelling.

Just when you think you know where the narrative is going, Millet's novel reveals surprising depths. This novel about a woman taking her child and fleeing her abusive political husband to live with a similar group of outcasts at an isolated hotel is dreamlike and a bit scattered, but with superbly-drawn characters and excellent writing.