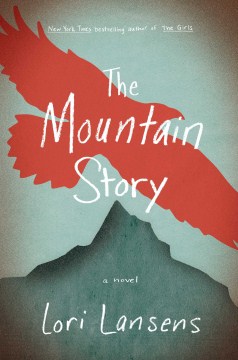 Some content below may have been reported by users for containing spoilers or offensive content. Learn More

The characters and story were interesting, but the book didn't really get my attention until day 5 on the mountain.

VaughanPLMichael Nov 09, 2018
This content contains spoilers and is hidden.

So this really was a test to see how much of an unlikable character I could take before I stopped caring and threw the book away. I did finish the book, and it had a rather nice payoff for most of the characters but...Jeeze!

The story itself was interesting, though I didn't feel as though the 'lost on the mountain' really panned out to anything. Wolf's backstory was good and enjoyed the characters relations, but it did leave me wanting more.

I'm going to rant about the portion of the book that I really didn't like, so after this it will be spoilers. You've been warned!

I've yet to meet a literary character I hated more. And this is not a good thing. I've read characters that I've hated, and loved to hate. Villains, characters who are idiots but bumbling fools who really don't do any harm. Those characters that ultimately get what they deserve for their foolishness.

Bridget got none of these things.

First: She never owns up to anything. Yet she's the cause of practically everything.

She practically kills both her mother and daughter. Yet feels no remorse for it. (Continually saying she has no regrets even after trapping them all on the bloody mountain.) And then she goes and kills HERSELF and we're all supposed to feel as though she's a hero? Nope! No. No, she's an someone who would rather fling herself off a cliff than throw a large rock into the water. There were rocks around to fill the backpack, you bet your ass there were rocks that could have been thrown.

I was so happy when it made it seem as though Bridget got eaten by those coyotes, but then she MIRACULOUSLY jumps the 15 feet to the other edge of the cliff? Again, nope. I'd like to think she died on that side of the cliff, which left Vonn and Nola safe from her idiocies, and then bam! They get rescued by the team.

Seriously, this book made me mad, and again, not in a good way.

I had tried previously to read this novel but found the characters shallow and uninteresting. This time I wrote down the names and their [eventual] relationship to each other, and focused less on them than on what happened. It also helped to look up photos of the mountains above Palm Springs for a greater appreciation of how they managed to get themselves so lost.

Another great book by Lori Lansens.....she is fast becoming my favourite author.

I've read this book a couple of times now and it's one of those books that just sticks with me. I love the story, I love the setting and I love Wolf's character. Highly recommend!!

When I started this book I was thinking it might end up being 3 stars if it got lucky. The initial pace of the book was slow and the flashback scenes that rotated with the present-moment scenes didn't grab me. But at some point that changed and I found that I didn't want to put the book down.

This book was an external journey as the group stranded on a mountain attempted the near-impossible task of getting off of it, but it also was an internal journey as Wolf, the teen who is tasked with leading the group to safety, comes to terms with the life events that brought him to the mountain in the first place. I was kind of shocked by the raw emotions that I felt (i.e., lots of tears) as the story came to its conclusion.

Readers who like character driven stories will want to check this out.

! had read that this novel would appeal to anyone who enjoyed "Hatchet" by Gary Paulsen, so was prepared for a gripping story. In this novel Wolf is writing a letter to his son as a confessional narrative, weaving his past into the survival story, revealing what really happened. "Hatchet" kept my attention on the story of Brian and his approach to his fifty-four day survival ordeal. This book slowed the action of the story of Wolf Truly's going up the mountain, his meeting with the three women and his five day effort to bring them to safety, by weaving in flashback narratives. For me, the books can't really be compared as one is an adventure and the other is a thoughtful looking back on the why of the action. Wolf is up the mountain for a specific reason, and as the letter is written, we learn why he is there and the role the women play in helping him understand his past and his way forward. An interesting read.

A fictional account of three people stranded on a mountain. I wanted to finish it but I kept getting bogged down in minutia of their emotions.

A young man heads up a mountain intending to end his life. Instead, he spends the next five days in a fight for survival with three women that he encountered on the trail. They share past experiences while they suffer together in freezing conditions with little food, water, or shelter.
This is a brilliant, moving story with great character development. Highly recommended.

Four hikers on the mountain but only three survives... which one??? Interesting read!